TSA, recognized for the integration of the first European production center in IP SMPTE 2110

The talent and good work of Telefónica Servicios Audiovisuales is rewarded in the first edition of the TM Broadcast awards with three distinctions among its candidacies.

A ceremony that has a jury of independent experts and that is a hard dispute with the quality of the rest of the projects nominated for the award, which implies a sample of the excellence of the work done by TSA. Another of the awards obtained in the TM Broadcast awards is the “Best IP Technology Integration Project”, an important project for TSA, in a technology in which it is a pioneer, which has made SIC the first major European production center in IP SMPTE 2110, after TSA was in charge of the management of integration services, from beginning to end, of this novel project. 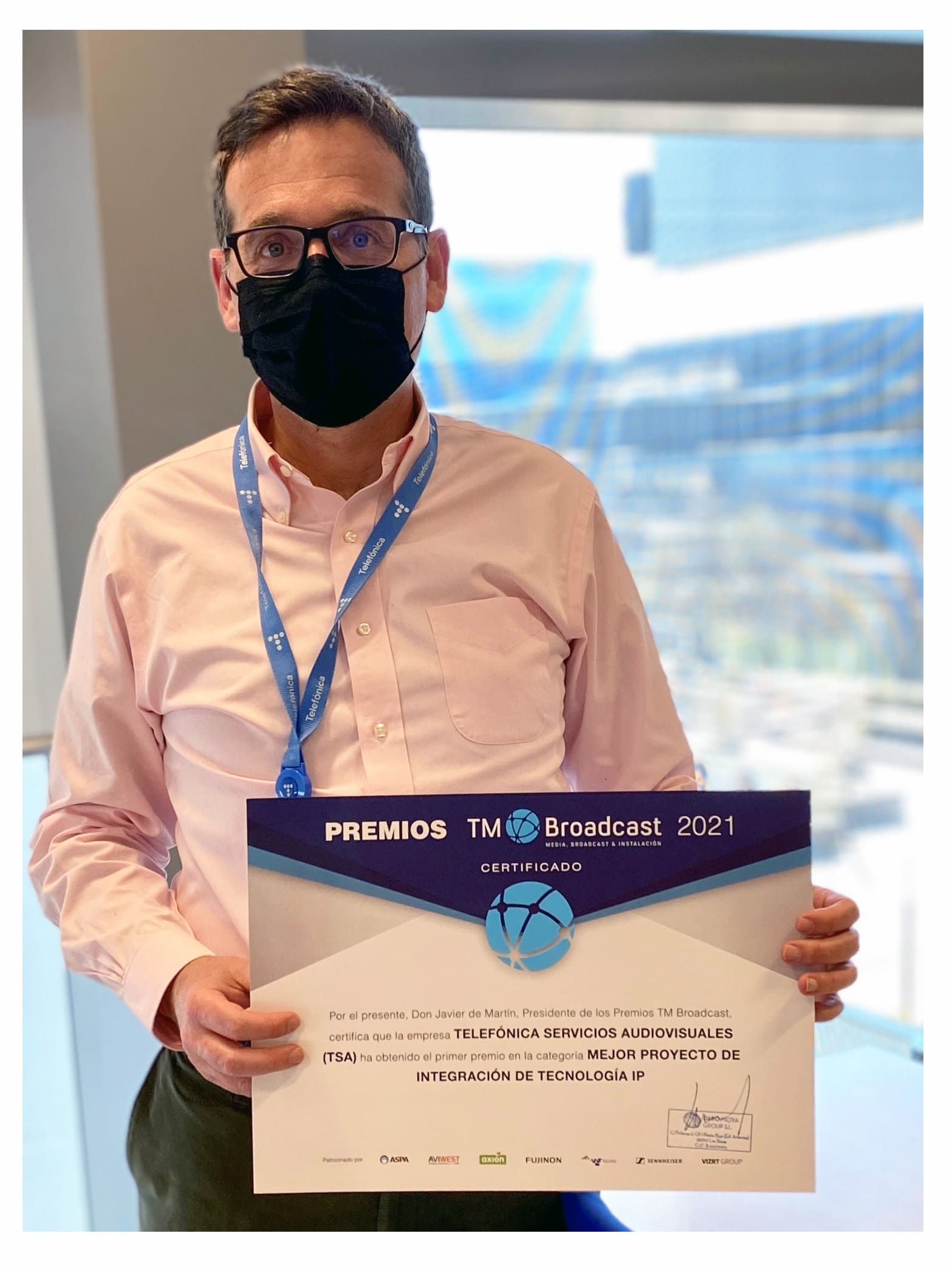 This project is carried out by Sony, as the main provider of broadcast solutions and coordination works with the Sociedade Independiente de Comunicaçao (SIC), which has granted great flexibility for the work of the center. In addition, the jury has also awarded on this occasion the great effort of the human team, which has allowed a project of this magnitude to be executed in just over four months, a record time.

Telefónica Servicios Audiovisuales (TSA) appreciates the opportunity granted by TM Broadcast to present the project and be the winner in this category, which prioritizes excellence, innovation and the technical quality of the work done.

The work and effort of TSA, rewarded with 3 awards in the second edition of the TM Broadcast Awards

“Best OTT Project” for TSA at the TM Broadcast Awards

TSA, recognized for the integration of the first European production center in IP SMPTE 2110

The update of the archive platform of RTVE Documentary Funds, an award-winning project for TSA

The work and effort of TSA, rewarded with 3 awards in the second edition of the TM Broadcast Awards