Updating to HD the audiovisual equipment that allows the recording and production of the Chamber and other areas sessions, as well as the updating of the conference and voting system in the Madrid Assembly.

This project arose from the need to technologically renew the equipment of the Madrid Assembly Hall due to the fact that the audiovisual facilities for capturing, broadcasting and recording parliamentary sessions had become obsolete, as most of them were more than 20 years old, and that the infrastructure was not able to cope with the number of simultaneous productions that are now required. The technological changeover allows the Assembly to produce the institutional signal of its plenary sessions in High Definition, something that many other institutions with similar characteristics were already doing.

Telefónica Servicios Audiovisuales renewed the audiovisual systems of the Madrid Assembly during the summer of 2017, particularly in its 4 committee meeting rooms (Jose Prat, 2 de Mayo, Caserón de San Bernardo, and Castillo de Manzanares) as well as in the main Chamber. There, not only were the audiovisual installation works undertaken, but also, the construction required to completely refurbish the 4 audiovisual control rooms and adapt the Chamber’s furnishings to the new audiovisual equipment supplied in the project.

The 4 committee rooms were similarly designed and configured, including the camera and mixing equipment as well as the audio and video monitoring in each control room. Moreover, the main Chamber included 8 cameras, mixer, debate, conference and voting system, 90º rotating screens, a centralised audio mixer for all of the rooms, a new public address system, a signal distribution system for radio and television, character generation system or multi-screen systems, among others, which enable the recording and production of the TV signal of the plenary sessions and committees that are sent by fibre-optic circuits from Telefónica to broadcasters.

Noteworthy is the customised design of the debate system from which the main functions of parliamentary activity, debate and voting are controlled. Customised tools were developed for the control, management and display of voting results that provide technicians with a streamlined control of the debate while making it easier for members of parliament to use.

One of the biggest challenges of this project was meeting the tight deadlines, as all work had to be completed within 2 months coinciding with the summer break in parliamentary activity. Therefore, civil works were carried out in parallel, which included the 4 new audiovisual controls and the pre-wiring of all the equipment in order to comply with the strict delivery deadline.

Supply and installation of a comprehensive Media Asset Management and Digital Newsroom solution with unified scalable storage for Radio and TV... 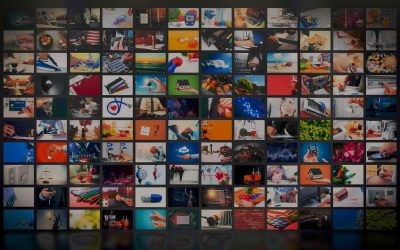 Through this agreement, the company has been supplied with a state-of-the-art equipment that allows real-time transmission of content recorded at...