Provision of Disney channels to Spanish and Portuguese TV operators.

The agreement entered into at that time by both companies also included the fibre-optic transport of  of some Disney channels in Portuguese version for several international operators: Vodafone PT, NOS, MEO, Optimus, Cabovisao. For this purpose, the Lisbon data centre (Equinix) was established as an interconnection and delivery point for the channels.

In addition to the direct fibre-optic transport service between sites, TSA also provides Disney with encoding and decoding services for the delivery of baseband and IP for the channels served in HD and SD formats.

MNLA designed a strategic plan for the back-up of the TV services, in case of an earthquake or any other emergency that could take place at the... 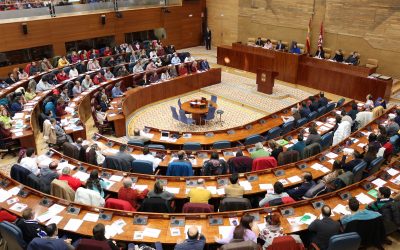 Transport of institutional video signal of the Assembly of Madrid

The Assembly of Madrid is the autonomous parliament of the Community of Madrid, where the parliamentary sessions are held, the budgets of the...