Implementation of a new HD production platform that enables “tapeless” workflows for the production and broadcast of news, sports and programmes, cataloguing and archiving of audiovisual material, and its subsequent publication on the Internet and other platforms, in addition to consulting and support to deal professionally with the shift from the analogue world to digital systems.

The Corporación de Radio Televisión de Galicia (CRTVG), after been studying several years different possibilities offered by the market for taking the big step forward, awarded Telefónica the project for the technical development of its new production and audiovisual broadcasting platform at the CRTVG facilities in Santiago de Compostela, using a leasing model, which also included the technical infrastructure commonly used on this type of project, the civil works for a refurbished newsroom and the construction of a new and modern data centre where the platform is hosted, including important systems such as electricity, security, air conditioning, etc. that would allow the spaces to be adapted to the new design.

Through the technology implemented by Telefónica, CRTVG took a qualitative leap forward in going from a traditional analogue platform, with flows based on the use of video tapes, to a new, fully tapeless platform based on the use of file sharing through ICT technologies and also in high-definition in a single step. We should recall that the CRTVG was the last of the large regional television stations to join a digital production environment, which has allowed it to be at the same level as the other channels, while avoiding having to do it in two steps, first to a digital system and then to high definition. This new workflow allows any user, from the moment the content is on the digital platform and regardless of their location, to already have the content available in their workplace so it can be searched, viewed or edited, very different from the way the Galician entity had been working until now. 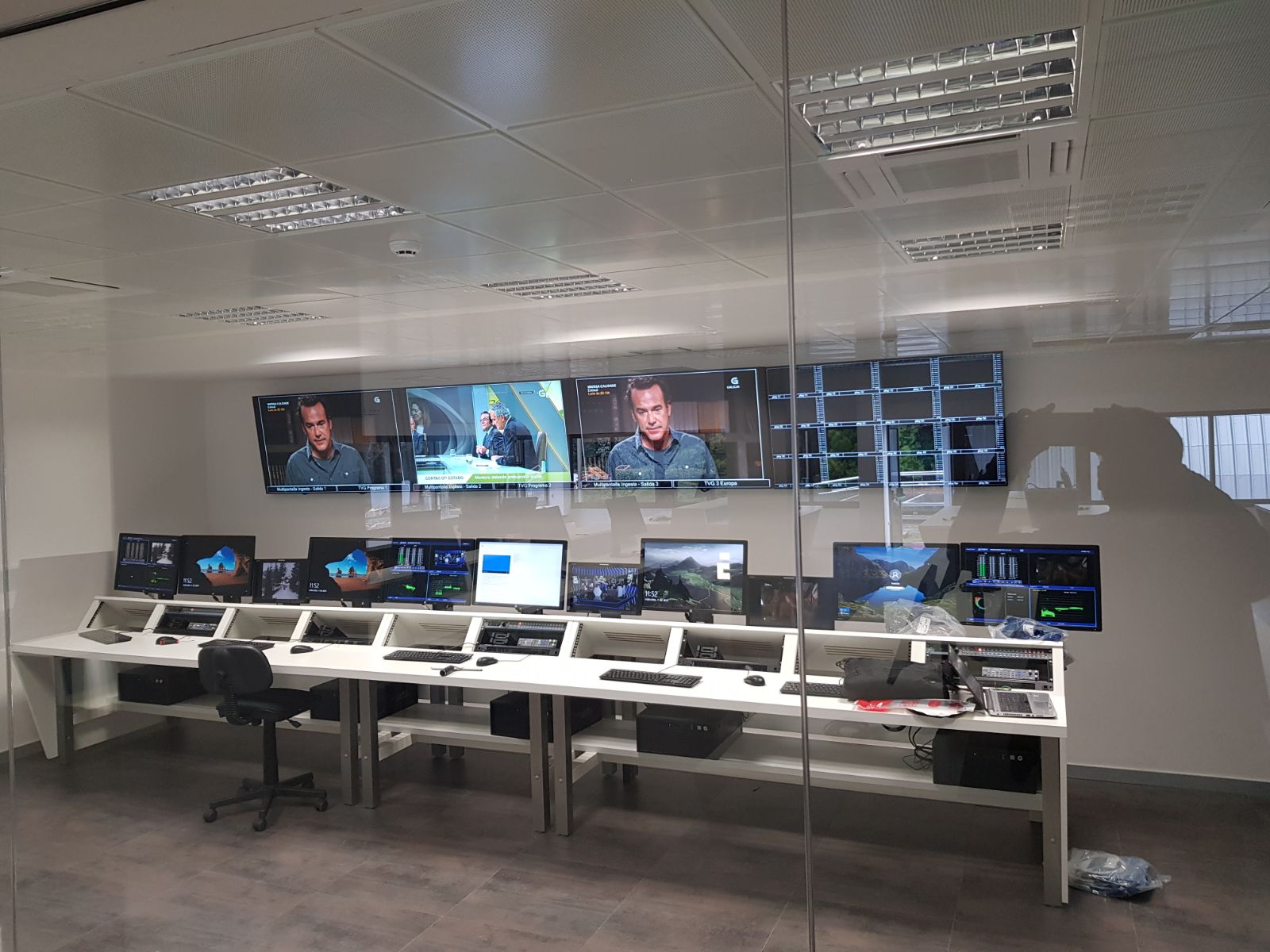 The project, including design, audiovisual consulting, civil engineering, implementation, training and support was materialised with the implementation of a digital production system for a newsroom with a text and editing system, storage systems in high and low resolution that serve the different areas, video servers for television studios, intake system (linear and file-based), transcoding, QC, audio and video post-production rooms and MAM archiving system with online storage optimised for media workflows, HSM and a library that allows cataloguing, archiving and retrievin of the different materials.

In order to obtain the maximum benefit with the new platform, it was also essential to integrate it with the different systems already existing in CRTVG, such as the graphics, traffic, continuity automation, web and Radio publication system .

One of the most important milestones of a digital transformation like this was, in addition to the new infrastructure, the adoption of new workflows, based on a tapeless environment, for which an extensive training was carried out for more than 700 professionals defined for each of the departments, teaching them not only the tools for each of the jobs, but also the new processes and workflows.

The system is completed with ENG equipment so that the production system can have greater operational efficiency. The system consists of 42 ENG cameras with optics, tripods, battery chargers and torches, and wireless microphone systems  as well as 9 magnetoscopes compatible with ENG cameras.

The use of this new digital platform has brought numerous advantages to CRTVG, such as the reuse of content allowing it to be customised depending on its final destination at which it is aimed (multi-platform distribution), more efficient flows and processes, as well as an increase in productivity and quality of content. 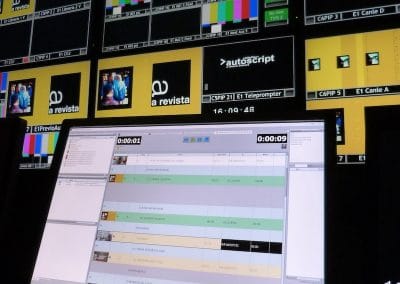 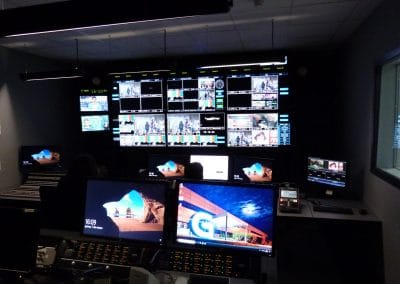 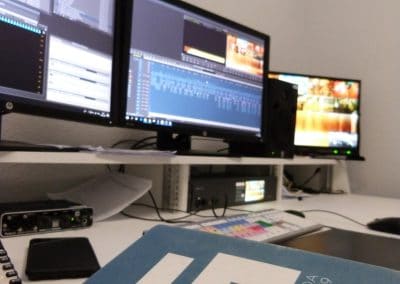 In 2014, RTVE launched a new network's newscast image, renewing the graphic line, tunes, sceneries, etc. of the Studio 1 set at Torrespaña from... 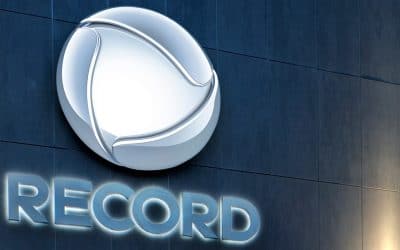 Implementation of the new HD production facility of Record TV’s international headquarters in Lisbon, with a more efficient tapeless workflow in...